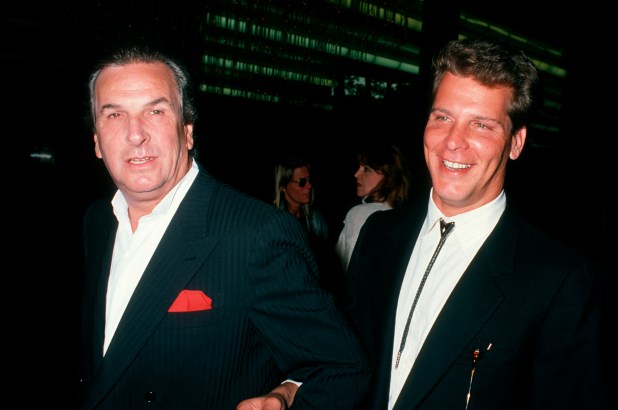 Danny Aiello and Rick Aiello at the premiere of “Do the Right Thing.”
Ron Galella Collection via Getty

Actor Danny Aiello’s son Rick has died after a battle with pancreatic cancer. He was 63.

His mother, Sandy, confirmed the news to TMZ.

Rick died Monday evening at a hospital in Warwick, New Jersey, she said, where he was surrounded by friends and family during his final hours. He battled the disease for over a year and a half. Rick’s brother, Danny Aiello III, also died of pancreatic cancer in 2010.

Rick was an actor in his own right and starred in films such as “Remedy” and “29th Street.” He even starred with his dad in Spike Lee’s 1989 film “Do The Right Thing.”

He also had roles in shows such as “Law & Order,” “Sex and the City” and “Jungle Fever.”

Rick is survived by his wife, Arlene Urichich, and their two kids.

Danny died in December 2019 at 86 at a New Jersey hospital, where he was being treated for an infection related to an injection.

At the time of Danny’s death, Lee, 64, shared a tribute to him on social media. The famed director wrote, “I’m 💜 Broken. Just Found Out My Brother DANNY AIELLO Made His Transition Last Night. Danny, We Made Cinema History Together With DO THE RIGHT THING. May You Rest In PARADISE.”