Sayu is a ninja-in-training who prefers napping in trees over carrying out her duties. Despite her small stature, she wields a claymore and is the first Anemo character to use that weapon.

Sayu’s release date is around August 10 or 11, the same as Yoimiya’s. She’ll feature during the 2.0 update’s second half.

Sayu is one of the four-star characters in Yoimiya’s Tapestry of Golden Flame banner. The fireworks maker is the five-star spotlight character, and the other two slots remain a mystery for now.

Since Sayu is a four-star character, you stand a better chance of getting her in Wishes. The game guarantees a four star character every 10 Wishes, and Sayu’s rate is higher while her banner runs.

These are Sayu’s special attacks.

These are Sayu’s always-active skills 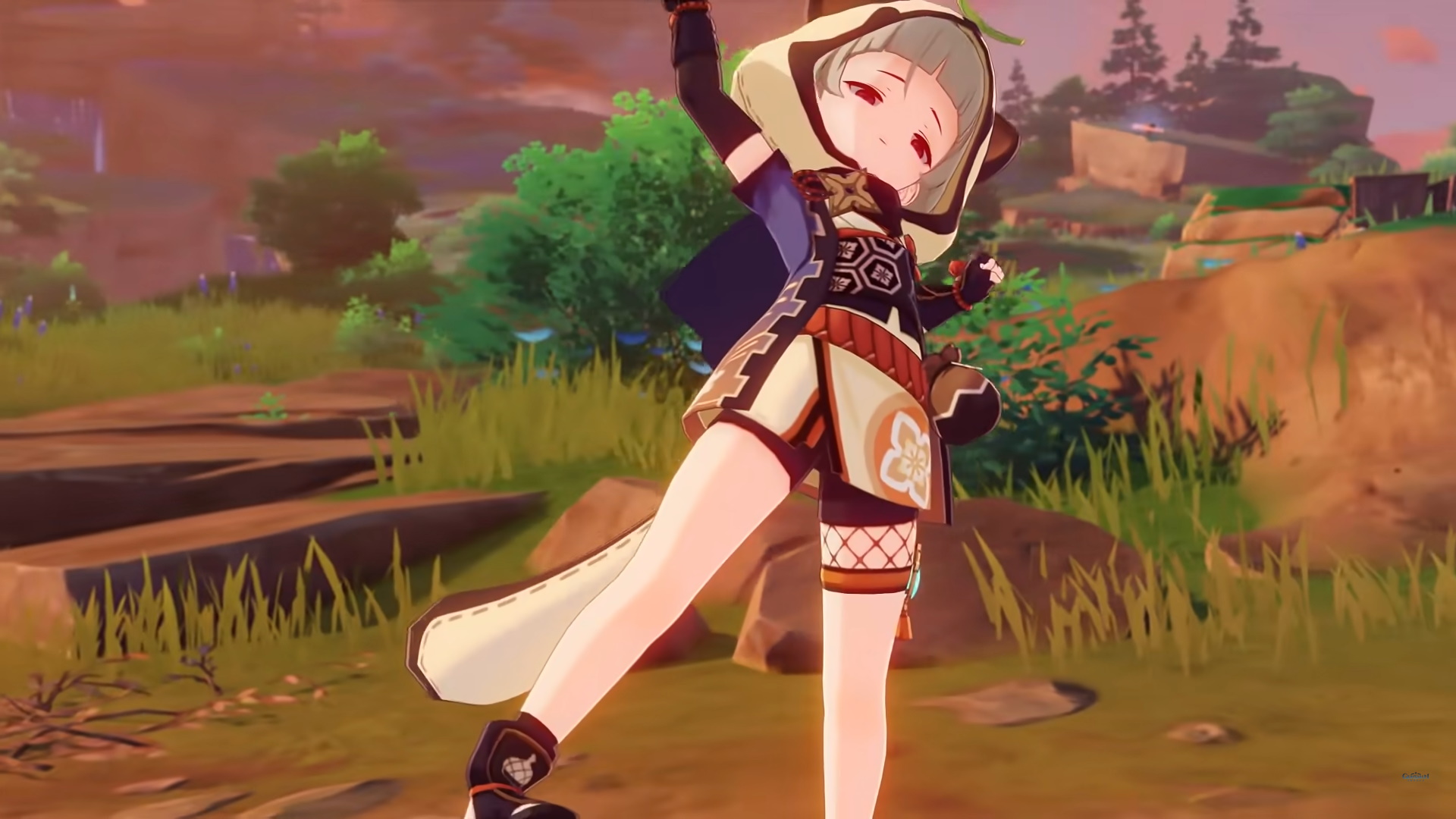 Genshin Impact Sayu Ascension materials: What to farm for Sayu

Sayu needs a mix of new and old items to level up. Crystal Marrow is a new field item in Inazuma. Aside from that, plan on challenging Maguu Kenki and hunting down Whopperflowers a fair bit if you use Sayu.

Sayu is similar to Razor — decent attack, high defense, and reliant on Elemental abilities to stand out. Anything to recharge her Energy is a good move, as is boosting her attack power.

Song of Broken Pines is Sayu’s best five-star weapon since it increases attack and attack speed. However, the easier-to-obtain Katsuragi’s Slasher is a strong choice if you don’t want to depend on luck. It’s craftable, increases Elemental Skill damage, and even boosts Energy recharge.

Viridescent Venerer is a given for Sayu since it increases her Anemo damage by 15% with the two-piece bonus. Pair it with the Scholar set to increase her Energy recharge.

Is Sayu worth pulling?

Sayu is handy in many situations, particularly if you’re playing Genshin Impact in co-op. She won’t sweep the field or replace the likes of Kazuha and Venti, but Sayu makes for a strong DPS and support member. If you don’t need either, though, then it might be best to spend your Primogems on Ayaka instead.

AMD CEO: Processor shipments will grow despite chip shortage and improve more in 2022