I wore a sexy, celeb-approved scarf top — and survived nip-slips and catcalls

Sometimes you have to go all-in — even if you’re falling out.

That’s what I told myself as I prepared to test out the biggest celebrity trend of summer 2021: the barely there crossed scarf top. A-listers Kylie Jenner, Bella Hadid and Emily Ratajkowski are all fans of the early aughts throwback style popularized by Christina Aguilera in her 2002 “Dirrty” prime.

After scouring Google for options, I settled on a black and gold print Mystique NYC top for $22, that was honestly more like a slippery bikini top than a shirt. (While you could try to loop a scarf or sarong to get the look, it’s easier to buy one pre-tied and designed to be worn this way.)

As I strapped it on, I felt some insecurity bubble up. I’m pretty confident, but I’m also no spray-tanned, perfectly toned supermodel. The “shirt” — if you can call it that — exposed every lump, bump and mark that I’m usually so quick to cover up.

My best friend and I had an action-packed day planned, starting with a trip on the LIRR into Manhattan. The first time a train hit a bump, I knew I was asking for trouble. This top was a nip-slip waiting to happen. Thank God for my fast reflexes and a nearly empty train car.

Forty minutes later, we were outside Penn Station. I felt the wall of tourists, businessmen and buskers fix their eyes on me as I bared it all in the beating sun.

At 11 a.m., it felt too early to be wearing something so skimpy. Still, I pretended not to notice all the eyes glued to my sternum tattoo: a cherry red butterfly that doesn’t typically see the light of day, especially without a beach nearby. I ignored the catcalls from construction workers and the snide comments from men sitting on curbs, snaking my way around ones who tried to approach me.

“Your shirt,” was all one down-and-out-looking guy had to say, as he held both his hands up mere inches from my chest.

The sweat started dripping out of every pore in my body. Was it the 90-degree heat, the polyester blend or a panic attack?

Pro tip: silky scarf tops and sweat do not mix. For the next few hours, stopping to adjust my shirt became a regular occurrence.

A handful of indecent exposures later — and getting caught in thunderstorms that showered off my sweat — we found ourselves in Dumbo, and snagged some eats from Time Out Market.

That’s when things turned around.

We joined the hordes of Brooklyn-goers sheltering from the rain, and I discovered that, despite my stomach rolls — along with everything else — being on display, the tiny top started getting the right kind of attention, earning me compliments from tourists, New Yorkers and food workers alike.

“Your shirt is so cute,” one girl offered.

“I like your tattoo,” another enthusiastically shouted as she prepared food. “I want to get one just like it!”

Forget men — I can always count on women to boost my confidence, making me feel like a supermodel despite my rain-soaked bangs and dripping jeans.

Ultimately, I can say that wearing a barely there wrap top was pretty nice in a heat wave. However, I’m convinced celebs tape their shirts to their chests. There’s no way they can go all day without a wardrobe malfunction — I would know.

And despite a few of my own sartorial mishaps, and some unwanted male attention, I think I’m going to keep the shirt. Maybe I’ll find a more appropriate place to wear it — like the beach, or a poolside soirée.

Until then, I’m ordering some fashion tape, just in case. 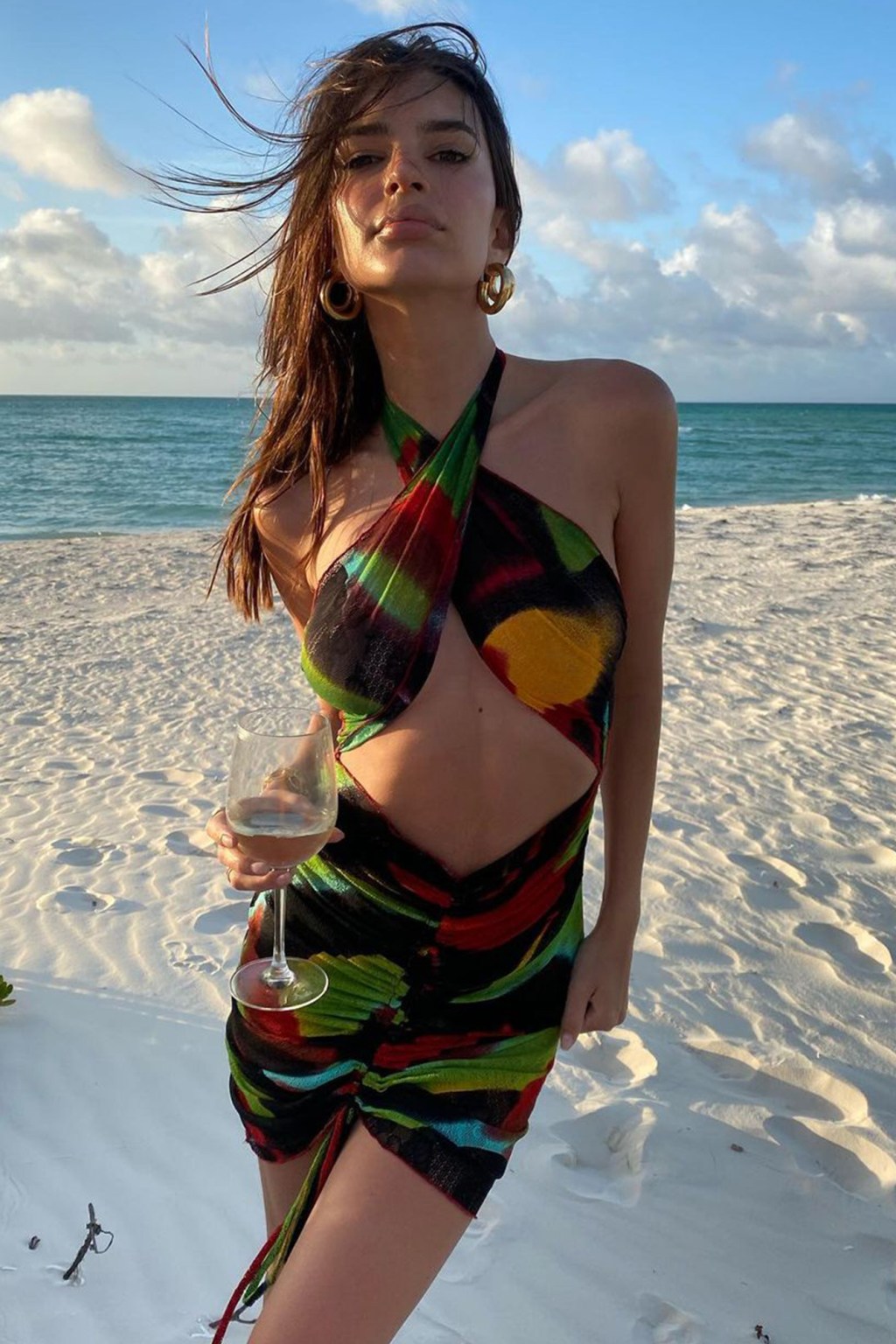 Emily Ratajkowski is among the celebs participating in this hot summer trend. 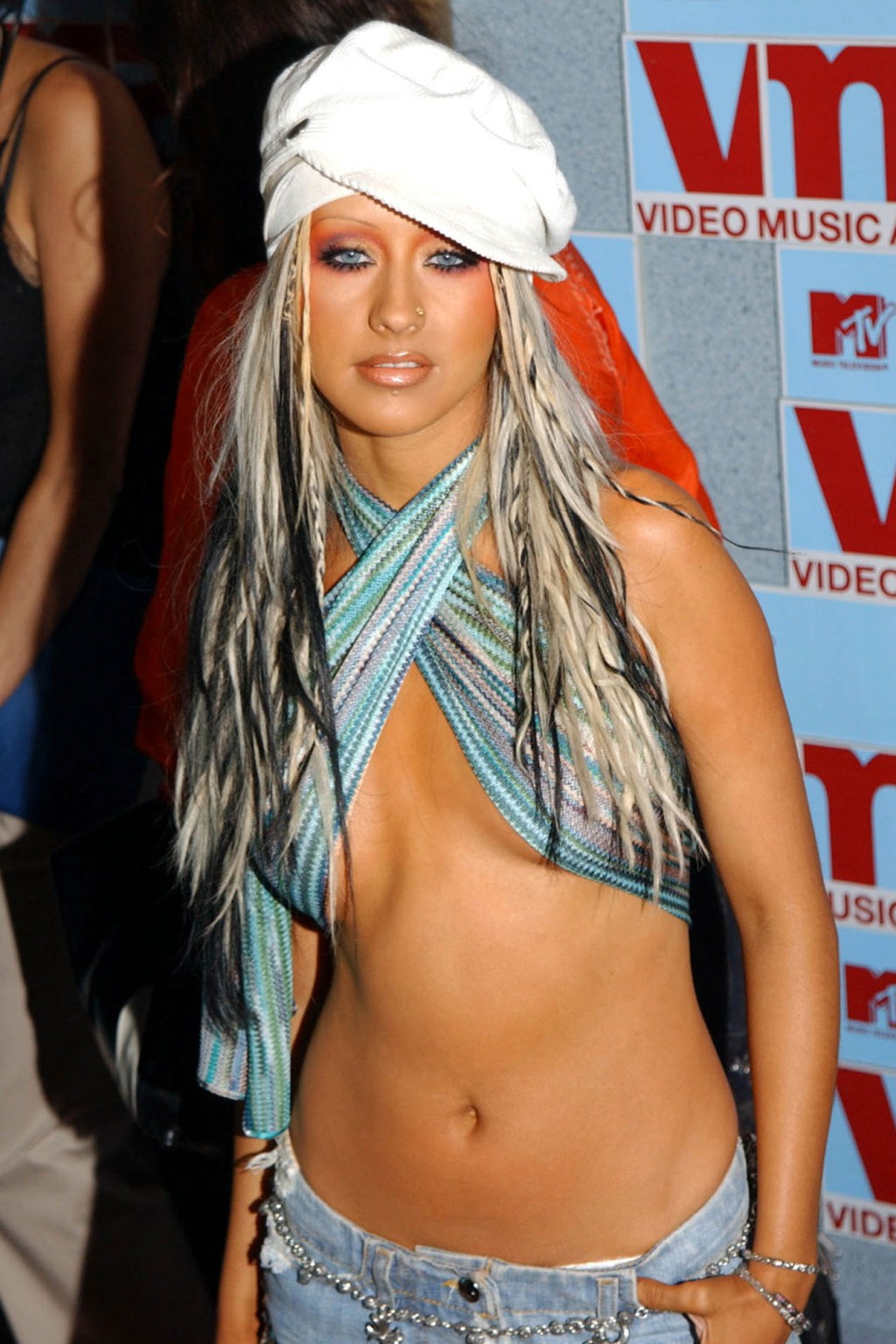 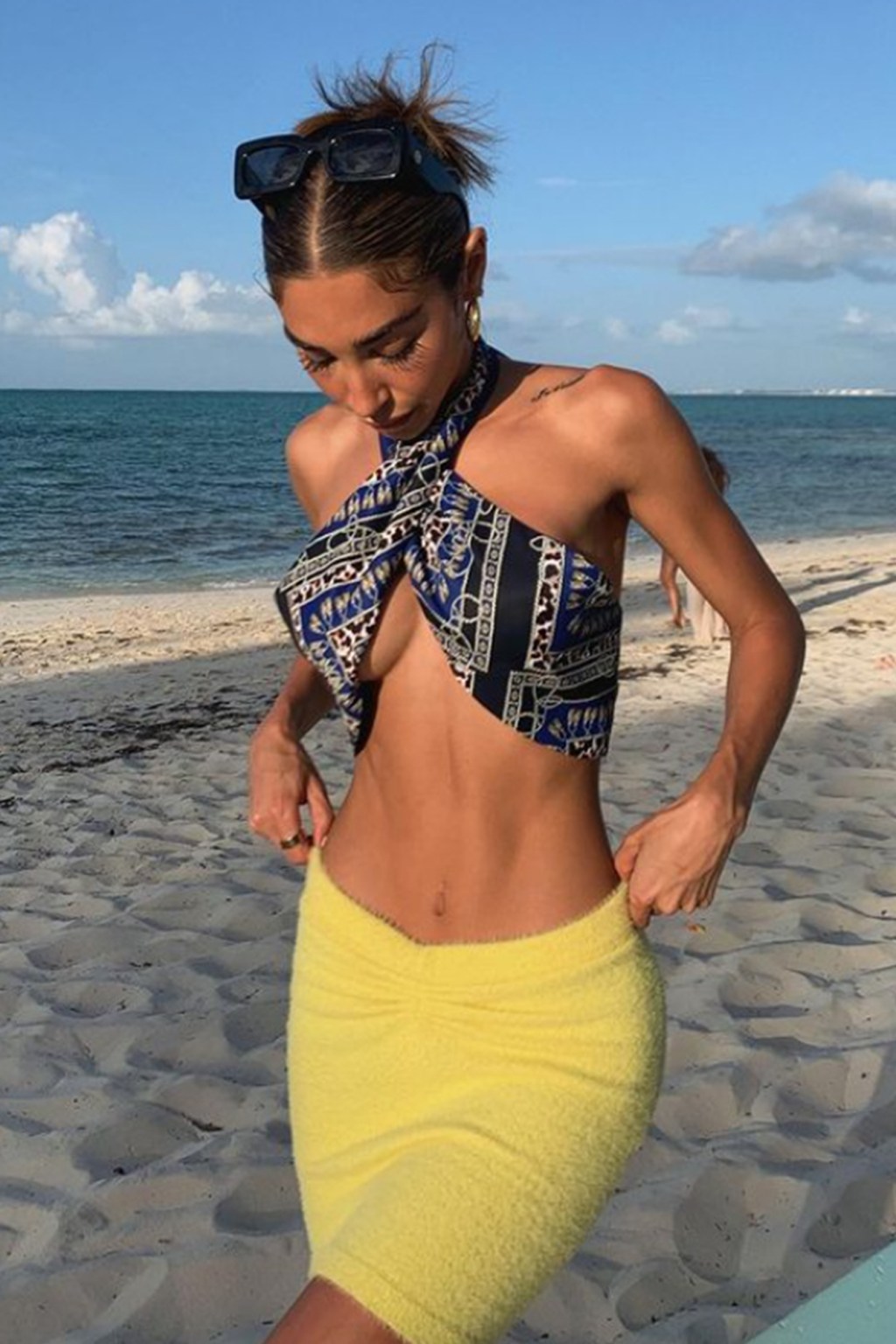 Chantel Jeffries, like many stars, flaunts the look on the beach. 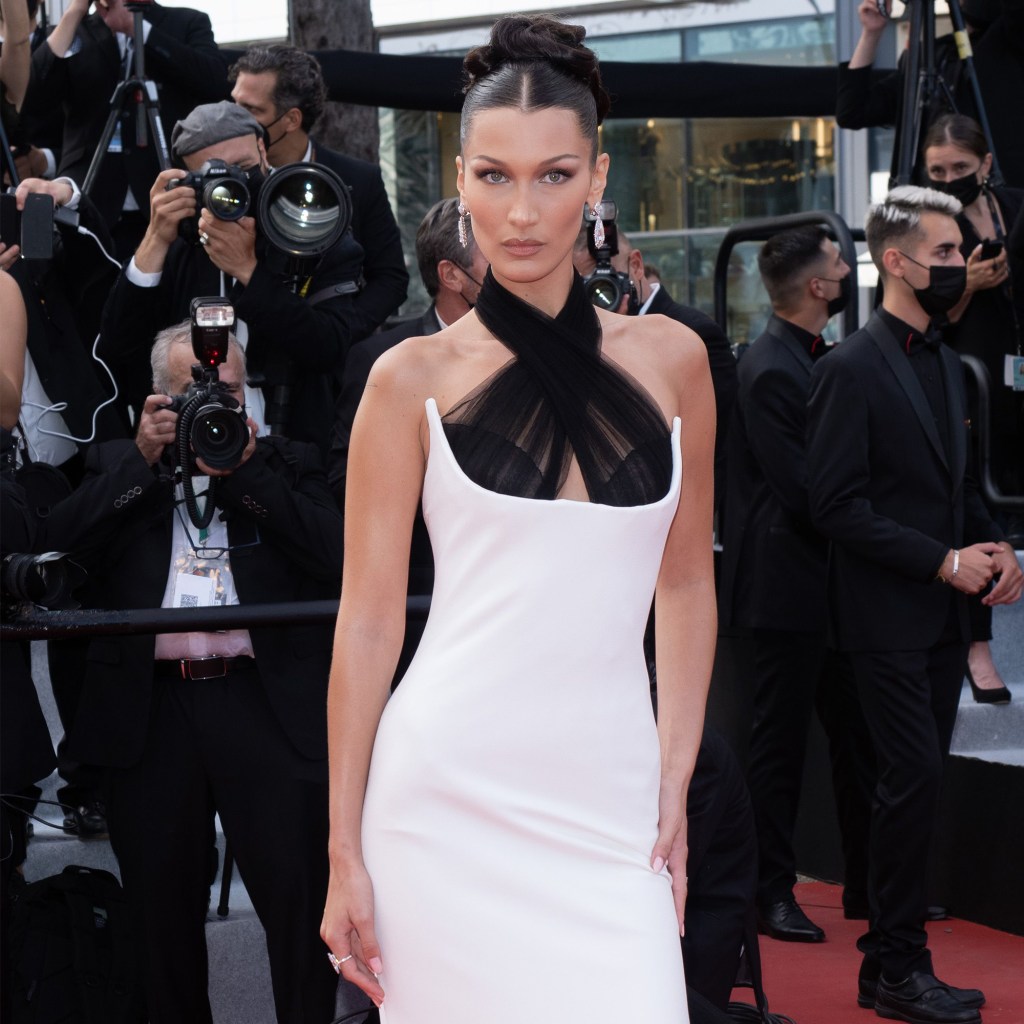 Some celebrities, like Bella Hadid, incorporate the wrapped halter look into their red-carpet style.

To try the daring trend on the cheap, check out a $16.99 wrap top from Amazon:

Hold the silky scarf out horizontally behind you so it stretches across your back. Loop both sides in front of you, crossing in the center of your chest and covering your cleavage. Tie behind your neck and adjust the front as necessary. Fashion tape is recommended for coverage and security! (Hollywood Fashion Secrets makes great tape)