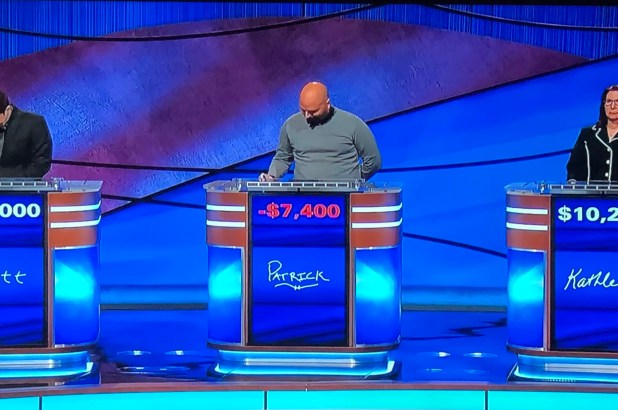 What is an epic failure?

Burton, who has been a fan favorite to take over as host of the show following the death of Alex Trebek, had his first appearance somewhat overshadowed by Pearce’s unprecedented breakdown.

Pearce ended the first round of the game in the black with $200, but tanked in the next, making him ineligible for “Final Jeopardy,” and replacing Stephanie Hull’s -$6,800 2015 effort in the history books, the article said.

The historic loss came as many excited fans tuned in to see the former “Reading Rainbow” star audition for the role many believed he is well suited for.

“Omg I never watch #Jeopardy. But tuned in last night to see Burton and wow what a bust,” one person tweeted.

“Wait, hold up. Did I (and probably a whole lotta other folks) just tune in for the first time in a LONG time to watch the lowest recorded score in #Jeopardy history? If so, now I feel even worse for him,” another said.

Burton has long campaigned to be made a permanent host, and more than a quarter-million fans have signed a petition calling on him to fill Trebek’s shoes.

“[In] 2013 I tweeted for the first time how much I would love to have that job when Alex retired,” Burton said on “The View” in April.

“More than anything, I am eager to put my skills up against those of anyone else in contention and then let the chips fall where they may.”

The “Star Trek: The Next Generation” actor continued his pitch to producers at the start of Monday’s episode.

“As a longtime viewer of the show, I am thrilled to have the opportunity to guest host ‘Jeopardy!’ and I’m proud to be here to honor Alex’s legacy, and I’m going to do my best to make sure that these talented ‘Jeopardy!’ contestants enjoy their moment here as well,” Burton said after being introduced by longtime announcer Johnny Gilbert, footage of the episode showed.

Burton will continue guest-hosting through Friday, according to the show’s website.